This individual aircraft has flown by many fighter aces of which perhaps the most famous is Gregory “Pappy” Boyington (4th of Dec 1912-11th of Jan 1988).  Mr. Pappy Boyington became famous of  flying combat flights in the South Pacific with F4U Corsair fighters. He received the Medal of Honor and the Navy Cross.

In 1946 the aircraft was taken, with six other similar aircraft, to Paraguay Navy,  after which to Argentina Navy, on a USA ”Lend Lease” program.

In 1991 two of those six aircraft came back to USA. These two aircraft were taken to Mr. Kermit Week`s Fantasy of Flight museum  in Miami Tamiami airport for storage.

The other one was restored and it started flying at Tampa area in Florida.

The other one was bought by Mr. Jerry Trachman. He decided to do complete long term restoration, but it took so long that Mr. Trachman became too old to fly the plane. Then the aircraft was sold to Mr. Gene McNeely and Mr. Jeffrey C. Hathorn. These two gentlemen completed restoration and test flew the aircraft, after which it was sold to Finland.

The aircraft is fully restored Navy model SNJ-3 and it is the world`s least flown Texan, 3400 hours total. 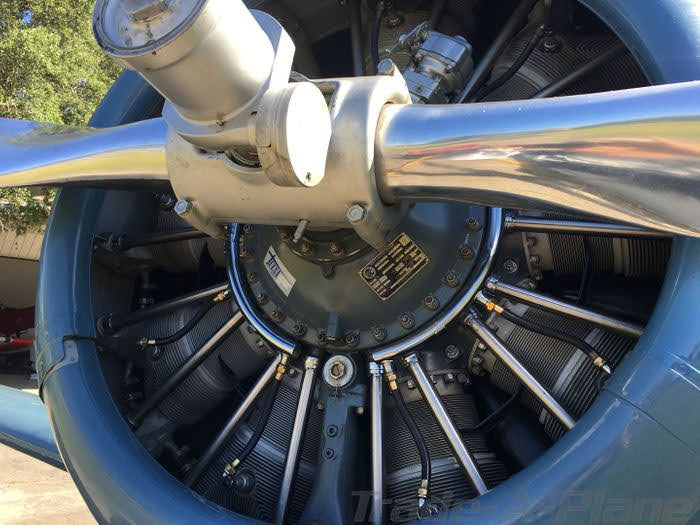